Tight living in an urban city like Berlin does not necessarily make for tight relationships among the residents. In the project Berlin Flowers, Oyama set up meeting points, where neighbors could meet regularly and make ‘jewels’ in order to beautify their buildings. 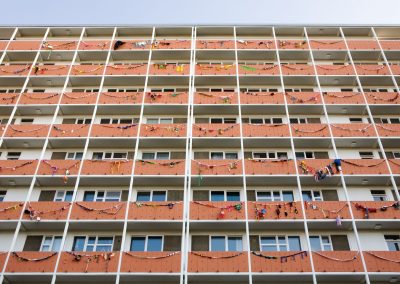 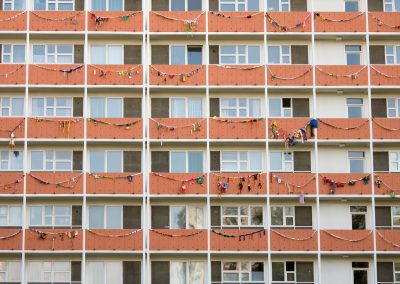 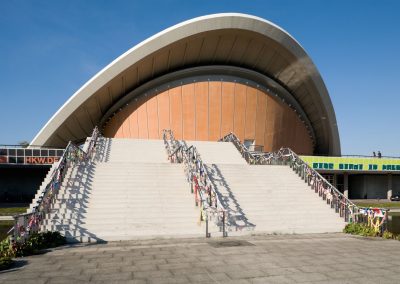 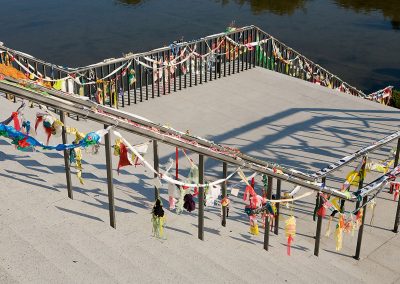 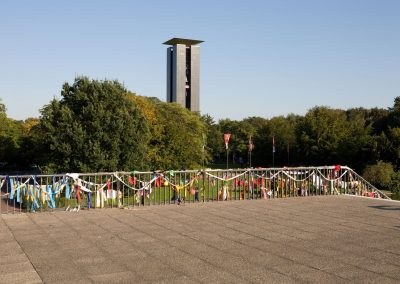 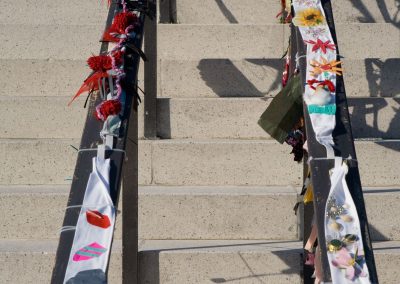 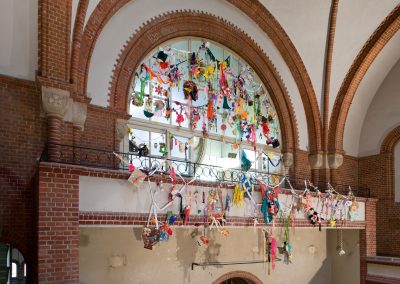 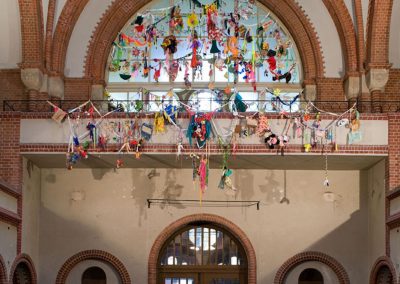 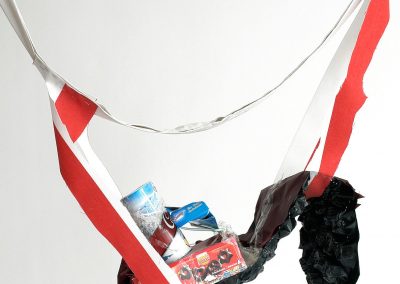 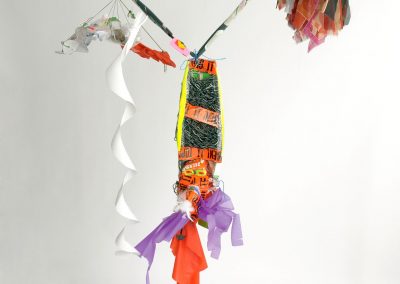 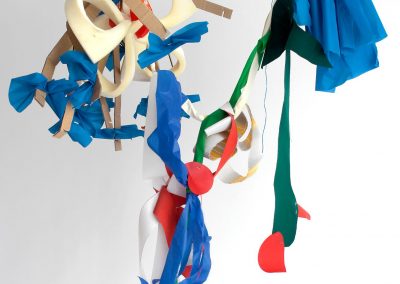 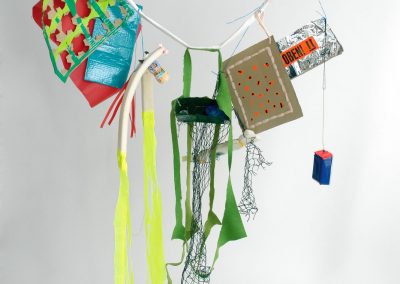 “It was not necessary to understand every spoken word, even if you spent time with a group of people for days on end. There was something else apart from conversation.” — Yuka Oyama

Oyama says of this project, “growing up in south east Asian and Asian countries, I attended large-scaled handcraft community gatherings regularly. Some years I did not want to join, but looking back now, these activities made members of the community of all ages—ones you liked, also ones you did not know or did not like—meet face-to-face and engage in communal teamwork.”

In 2007, two of the buildings, Schwedenhaus and House of the World Culture celebrated their 50th anniversaries, which gave Oyama an opportunity to finally realise this artwork. She initiated drop-in workshops at three locations: the Schwedenhaus in Hansaviertel, the House of World Cultures, and the St. Johannes Evangelist Church. This project saw 500 residents and neighbors produce garlands. In June, July, and September, 2007, she set up a working station at one location for three hours a day between 3 – 6 PM, three days a week, and stayed there for one month. Then she moved on to the next location.

Recycled materials were used for this project. Most of them were brought by the participants. Artists, Folke Köbbernig and Martin Kaltwasser provided a shelter, their artwork, Bauwagen, when the weather was not good. Annette Mächtel, a resident of one of the buildings and a curator was a key person, who introduced Oyama to her neighbour friends and mediated sensitive negotiations.

BACKGROUND ON THE THREE LOCATIONS
1. SCHWEDENHAUS
The Hansaviertel housing project was built between 1957 and 1961, as a response to the lack of apartments after the World War II. Internationally renowned architects that included Alvar Aalto, Egon Eiermann, Walter Gropius, and Oscar Niemeyer were invited to design the complex. In 1957 the architecture exhibition Interbau was held. The Schwedenhaus was designed by Fritz Janicke and Sten Samuelson. The architects requested that the building’s north façade to be kept clean, i.e. free of all personal belongings, in order to best present their design. Exactly because of this, Oyama wanted to showcase the artworks made by the residents who lived inside.

2. Haus der Kulturen der Welt
Haus der Kulturen der Welt, known as the ‘pregnant oyster,’ is a museum that holds contemporary art exhibitions, festivals of theatre and dance, lectures, concerts and symposiums. Designed in 1957 by architect Hugh Stubbin, the building originally functioned as a congress hall, which was a present from the United States during the Cold War. The House of World Cultures was also a part of the exhibition Interbau.

3. St. Johannes Evangelist Church
St. Johannes Evangelist Church was designed by Max Spitta and completed in 1900. The church is located on the Auguststraße, a popular gallery district in Berlin-Mitte. It was severely damaged during the World War II and was renovated in 1957. However, due to questions concerning the building’s ownership and the German Democratic Republic, the church lost its religious function. Until 2002, it was used as a library for Humboldt University. Today, mass is celebrated on the last Friday of each month. Cultural events such as exhibitions, fashion shows and gala dinners are held here. 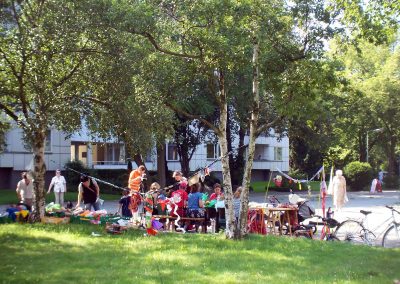 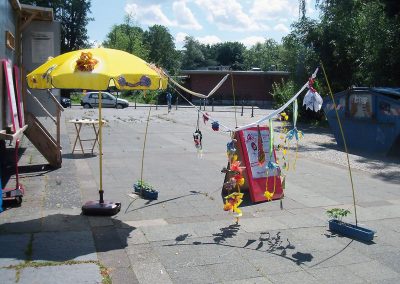 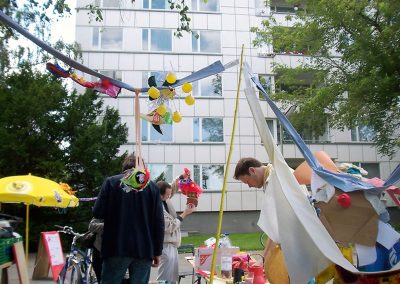 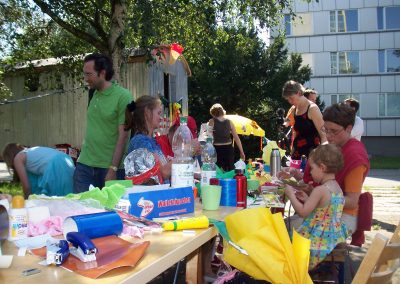 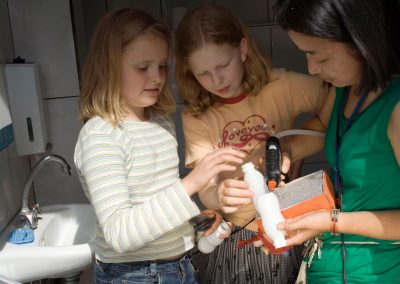 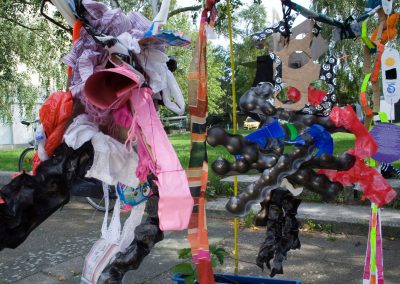 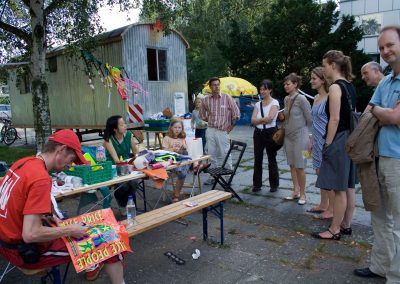 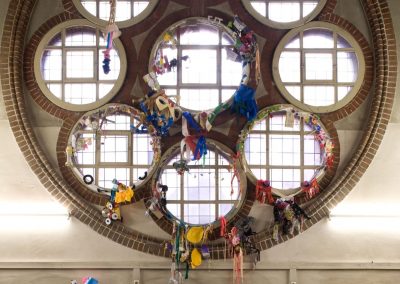 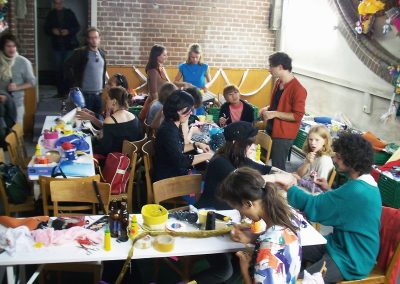 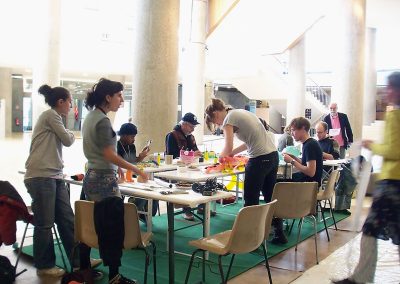 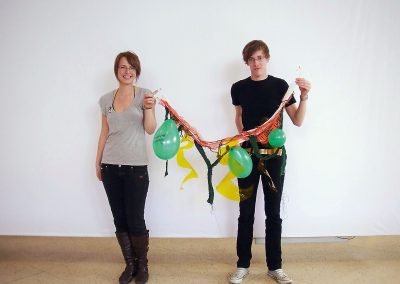 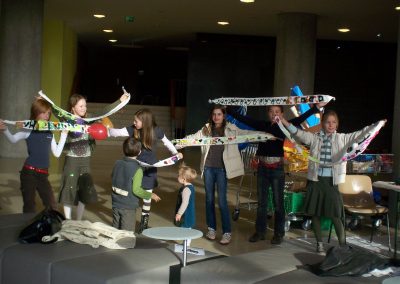