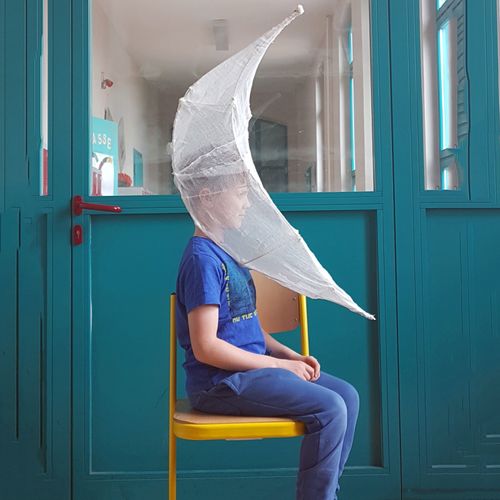 DURATION OF THE WORKSHOP: 5 DAYS

At the Picasso Elementary School in Berlin, Oyama gave a one-week-workshop to students age 8 – 11 years old. Oyama wanted to find out how children of this age group would define what home means to them, which objects make their home, and what kind of narratives they would create based on these domestic objects.

Oyama asked the students to think of their five most special belongings that make a place their ‘home.’
They then drew their objects with emotional expressions and also made paper puppets of their objects. 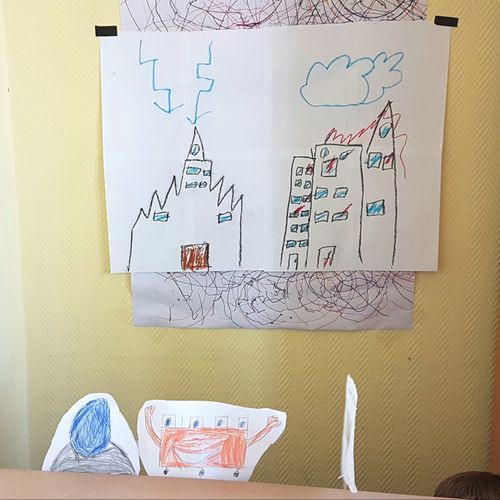 Oyama instructed the students to work in pairs. Each group should make a three-minute puppet show that develops with the following plot: a problem arises, magical solutions are found, and concludes with a happy or an unhappy end.

STAGE 03: MASKS MADE WITH RATTAN

The students chose one of their five objects and made a mask of it using rattan, textile, and sponges. The students and Oyama tried to make a performance wearing the masks and enacting their narratives, but they realized they had worked hard enough. They danced and made their photographs instead. 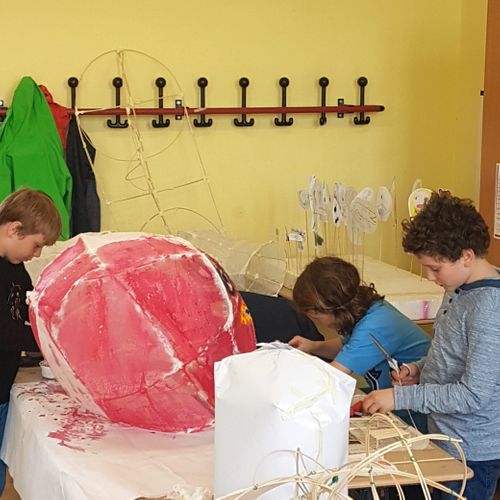 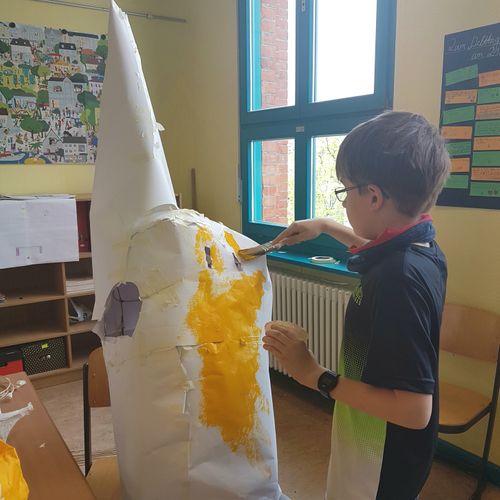 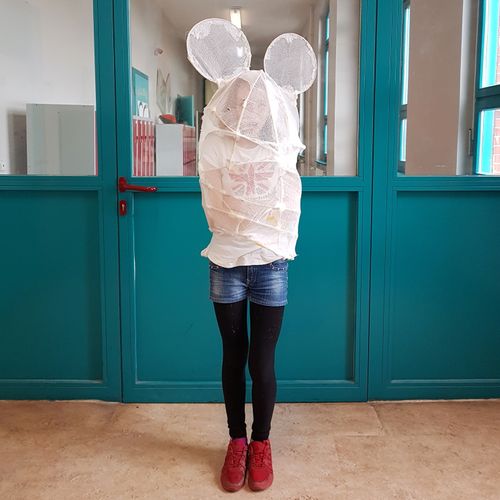 “The place where my mum and younger sister are, that is my home. It is located on Hansa Street in Berlin. My special Teddy also needs to be there at home.” 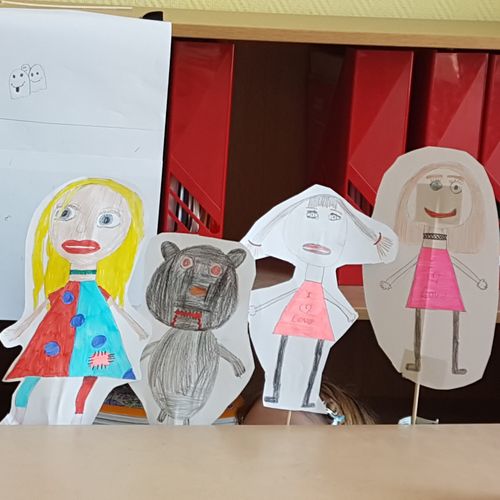 Created Story: “Horror Bear”
“Mum, there was a horror bear!” screamed little Emma.
“You have got quite a fantasy!” said her mum. Maybe that was really Emma’s fantasy. Or maybe there was a horror bear.
“Oh, well,” said Emma’s older sister Line. “I want to play hide-and-seek with you. But only if you want to,” she continued.
“Sure! Hee, hee, hee,” Emma replied. They played until dinner.

Mum cooked spaghetti for dinner. Mothers all think that children love spaghetti with tomato sauce. Line and Emma actually don’t like pasta. After dinner, they all went to sleep.
In the middle of the night, Emma screamed again, “Horror bear!”

“The Question Mark Block makes an exploding sound, but I love them both.
Home is a place, where I always return and play with my brother.” 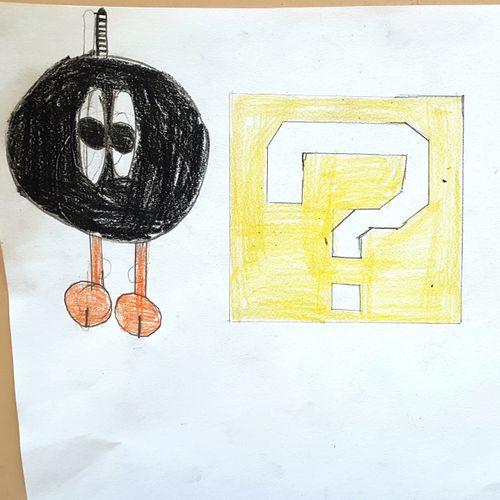 Once upon a time, there was a family named Bunzel. In Family Bunzel there was a mum, a dad, and two children. The older brother was 8 years old, and the younger one was 4 years old.

The boys asked, “How could we repair it?”
Bomber answered, “You need to clear a level.”
The boys said, “Sure.” Suddenly, they were in the world of video games.
Bomber said cheekily, “You have to win this game to get out of this world.” 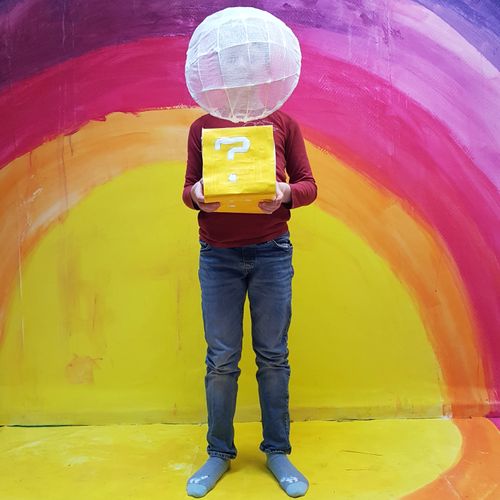 “My dad is from El Salvador, and my mum is German. I was born in Berlin, lived in El Salvador for one year, and we came back to Berlin, when I was five.

My dog Sarah makes a place my home. I just love her. I also played the main character in a theatre once and I was a dog. At home I play with Sarah and Lego. If I bring Sarah and Lego to my grandma’s house, that’s also my home.” 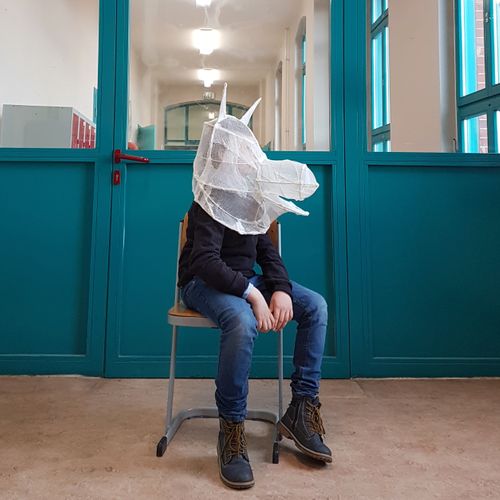 Created Story: “Friendship Against the Power of Evil”

Once upon a time, there was a female dog, who was happy.
All of a sudden a portal appeared on the floor, and the dog fell into another world, where she met a dog. The two dogs became good friends.

The new friend said, “I have been locked into this space for seven years! Can you help me get out of this world?” The two dogs fought against the evil and finally came back to the real world again. They stayed best friends and lived happily ever after. 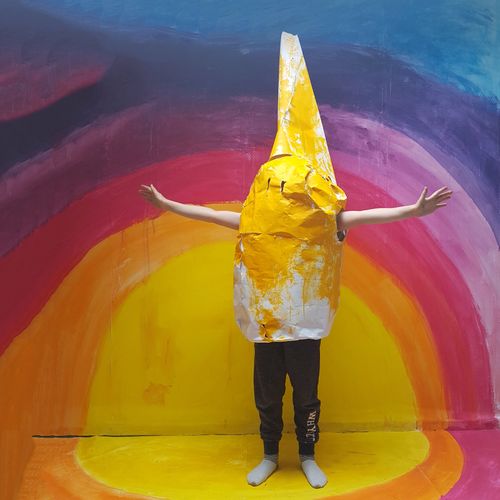